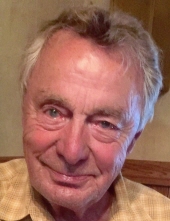 There will be a visitation from 5 until 7 pm on Saturday, March 7, 2020, at the Major Erickson Erickson Funeral Home, 111 North Pennsylvania Ave. Memorials may be directed to MercyOne North Iowa Hospice or Riverside Friends Church, Mason City.

Jerry was born on May 27, 1939 to Martin and Minnie (Dirksen) Stokes in Mason City. He was the youngest of two children.

Jerry attended the Mason City and Manly school districts. On October 8, 1960, Jerry was united in marriage to Judith Anne Fingalsen at the Christian Church in Nora Springs.

He drove truck for over 25 years. With his years of driving, he earned his “million miles” award from Farmland Industries and was recognized as Iowa Driver of the month during September 2000. Jerry loved antiquing and refinishing furniture. Jerry led an active life enjoying the outdoors hunting, fishing, and boating with his sons and grandsons. In addition, he was always there to help relatives and friends. Jerry was a loving father, husband, grandfather, and friend to everyone. He will be greatly missed.

A special thank you to the people at MercyOne North Iowa Hospice for their loving care and support during his final days.

To send flowers to the family in memory of Jerry L. Stokes, please visit our flower store.