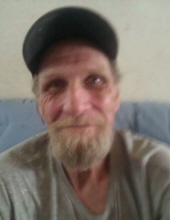 Jerry was born February 19, 1949, in Iowa City, IA, the son of Raymond and Marie Debbelt Lybarger. He attended Mason City schools. On June 24, 1970, he was united in marriage to Shelly Thomas in Mason City. Jerry worked for Mason City Iron and Metal for 35 years until his retirement in 2002. Jerry enjoyed fishing, pheasant hunting, camping and watching old Westerns.

He was preceded in death by his parents; 2 sons: Troy Lybarger and John Lybarger; 2 brothers: Carson Lybarger and Charlie Lybarger; and 1 sister: Margaret “Tootie” Gomez.

To send flowers to the family in memory of Jerry L. Lybarger, please visit our flower store.