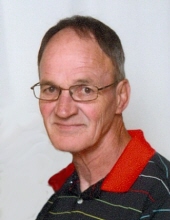 
Jerry, son of Leon and Beulah (Lund) Barsness, was born May 20, 1950, in Mason City. He graduated from Mason City High School in 1968, and he continued his education at NIACC. In 1971, Jerry enlisted in the U.S. Army and proudly served his country during the Vietnam War until his honorable discharge in 1973.

Jerry was united in marriage to Debbie Dombrowski on June 17, 1972, at Holy Family Catholic Church in Mason City. Jerry worked for the Mason City School system for 30 years before his retirement in 2012. Jerry enjoyed spending time with his grandchildren; taking his dog, Lizzie, for walks and car rides; and having coffee with friends. He had a passion for golf, war history and sports—especially Iowa Hawkeye wrestling and football. Jerry was known and loved by many in the community, and he will be greatly missed.

Jerry was preceded in death by his parents, daughter Emily and his loving partner and wife for 40 years, Debbie.

To send flowers to the family in memory of Jerry L. Barsness, please visit our flower store.