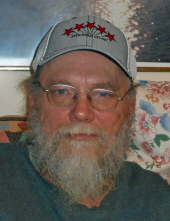 A Celebration of his Life will be held from 4 to 6 P.M., Thursday, Sept. 6th at the Moose Lodge in Mason City.

Jeffrey Alan Sprague, the son of Jack and Mary (Tynan) Sprague, was born February 4, 1962 in Charles City. He attended Charles City Community Schools. After high school, Jeff began working at All State Quality Foods in Charles City. He later worked at Stellar Industries and IMT in Garner and most recently, Five Star Co-op in Rockwell. Jeff was very mechanical and could fix anything. He enjoyed pitching horse shoes.

He was preceded in death by his father, Jack, in 1994; an infant daughter, Brittany; and a sister, Rose Mary Wolff.

To send flowers to the family in memory of Jeffrey A. Sprague, please visit our flower store.