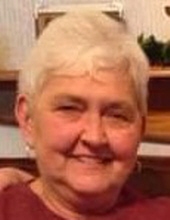 Janice Ann Beznoska, 76, of Mason City, died on Saturday, August 15, 2020, at the MercyOne North Iowa Hospice Unit after a courageous battle with cancer.

Inurnment will be held in Rudd Evergreen Cemetery at a later date. Memorials can be directed to the family of Janice Beznoska.

Janice Ann Beznoska was born in Charles City on May 2, 1944, to parents George and Emma (Hesse) Tegtmeier. Janice attended School in Marble Rock. At a young age Janice was united in marriage but later divorced, between this union the couple had three children, Scott, Billie Jo and Julie. Janice worked as a waitress, she also worked for Rockwell Collins International. In 1988 she was united in marriage to Ken Beznoska the love of her life, with this union her family of four became a family of seven. Janice and Ken were married for 31 years. Once united in marriage Janice moved to Nebraska City to join Ken. After Ken’s retirement the couple moved back to Iowa settling in Rudd before moving to Mason City.

Janice enjoyed spending time outdoors, she especially enjoyed gardening and weeding around the Rudd Lake and the flower beds. She loved playing hostess and having get togethers making baked goods for those that were in attendance. She was always willing to lend a helping hand and made sure everyone’s belly was full. Janice was very proud of her children and loved spending time with her grandchildren and great grandchildren. Janice also loved her dogs, Ty, Lady, Buddy and most recently Molly, they all held a special place in her heart.

A fond memory that she and the family had was meeting in Omaha when she lived in Nebraska City to spend time at the Omaha Zoo.

To send flowers to the family in memory of Janice Ann Beznoska, please visit our flower store.