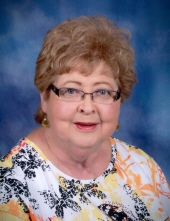 A memorial service will be held at 11:00 AM, Friday, October 12, 2018, at Trinity Lutheran Church, 213 North Pennsylvania Ave. with Pastor Dan Gerrietts officiating.

A gathering of family and friends will take place one hour before the service time on Friday at the church. Inurnment will be held in Memorial Park Cemetery.

Jane Ellen Weaver was born September 14, 1943 in Osage, Iowa the daughter of Merland and Rosemary Borchardt. She graduated high school from Osage Community High School in May 1961. Jane was active in several activities such as student council, 4H Club and co-editor of the school newspaper. After graduation, she attended and graduated from Young School of Beauty in Waterloo. After graduation she worked in Nashua as a beautician, were she met several life-long friends.

Years later, she met the love of her life, Francis Weaver. They wed in Osage, IA at the Saviors Lutheran Church on September 3, 1966. They later had two children, Jennifer and Brent Weaver.

Jane loved to travel, especially to Texas to visit all of her grandchildren, she enjoyed the Draft Horses in Britt, Iowa, going to the Clay County Fair, playing bingo, working at the Bakery at Hyvee for several years, riding bikes, baking, shopping, spending time with all her friends, watching the Iowa Hawkeyes and gardening.

She was preceded in death by her parents and husband.

To send flowers to the family in memory of Jane E Weaver, please visit our flower store.