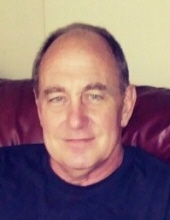 A Celebration of Life will be held at 1 PM Sunday, November 4, 2018 at the Major Erickson Funeral Home, 111 N. Pennsylvania Ave.

James was born September 7, 1958 the son of James W. and Wanda Joy (Wible) Johann, the second born of four children. Jim grew up as a charismatic trouble maker, too smart to get in trouble by mom and dad who were always impressed by what he could make. His child like curiosity for science and technology never faded. He could entertain a crowd and was the fun dad and crazy uncle who always brought something interesting to the family get togethers. Jim was a successful entrepreneur, single handedly, running Advanced Appliance and Repair for over 40 years. He was well known in the community, spending most of his life in Mason City.

Jim was preceded in death by his father, James Johann III whom he is reunited with now.

To send flowers to the family in memory of James William Johann IV, please visit our flower store.