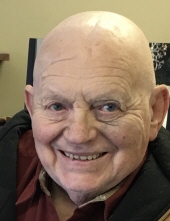 A memorial service will be held on Wednesday, May 15, 2019 at 10:30 A.M at Wesley United Methodist Church, 1405 South Pennsylvania, with an inurnment following the service at Elmwood-St. Joseph Cemetery.

Jim worked as an account manager for Ciras (Center for Industrial Research and Service) at Iowa State University from the early 60’s to 1975 when he started his own company, Klemme Alarm Service.

Jim was united in marriage to Donna Walters on September 29, 1968.

Donna had 3 children from her first marriage Lee, Jeff and Gail.

Jim was an avid hunter, superior marksman and President of the Mason City Gun Club for many years. He loved working with wood and working in his shop, Jim’s Salvage. He had a quiet demeanor, was always willing to help others and had a moral strength that encompassed his family and friends.

Jim was preceded in death by his parents, sister Jane and his wife Donna.

To send flowers to the family in memory of James W. Klemme, please visit our flower store.