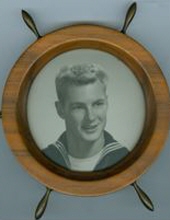 James R. Follmuth, 77, of Mason City, died Sunday April 29, 2018 at the Muse Norris Hospice Inpatient Unit. Per his request there will be no services. Memorials may be directed to St. Jude Children’s Research Hospital or Hospice of North Iowa.

James was born March 4, 1941 the son of Duane and Lola (Tipton) Follmuth in Mason City, Iowa. On November 14, 1960, following graduation James enlisted in the United States Navy serving his country honorably until March 19, 1965, in which he was honorably discharged. During his duty he was stationed with Heavy Attack Squadron Six.

James was an avid outdoorsman who enjoyed the great outdoors and all it had to offer. He treasured the time he spent hunting and fishing and always looked forward to the next time he was fortunate to go. He also enjoyed going for coffee and doing his “coffee talk”.

James is survived by his wife, Carol; sons, C.J. Follmuth, Nicholas (Sarah) Follmuth; three brothers, one sister and three grandsons. He will be greatly missed by all.

Mr. Follmuth was preceded in death by his grandparents, parents, mother in law, aunts, uncles and four loving dogs.

Thank you to all doctors, nurses and everyone at hospice for their wonderful care for Jim.

To send flowers to the family in memory of James R. Follmuth, please visit our flower store.