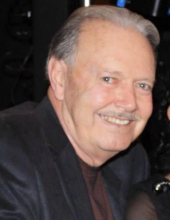 A memorial service will be held at a later date.

Memorials can be directed to the family of James Kilby.

James Dewayne Kilby was born in Mason City on December 17, 1942, to parents Kenneth and Irene (Baldwin) Kilby. James enlisted in the Navy and was honorably discharged. James successfully owned a logging business for years, spending most of his life logging walnut trees. He once held a world record for the biggest King Mackerel caught in the Sea. James was a fun-loving caring man who knew how to make everyone laugh. He will be remembered as a loving husband, friend and father.

To send flowers to the family in memory of James Dewayne Kilby, please visit our flower store.