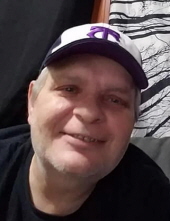 James Anthony Furleigh, 55, of Mason City, passed away quietly at the MercyOne Hospice of North Iowa Inpatient Unit in Mason City on August 28, 2019.

Memorials may be directed to the Furleigh family at 2 Highland Park Ct., in Mason City.

Jim was born on October 18, 1963 in Mason City to John and Jacqueline (Fick) Furleigh. He attended Mason City schools, graduating in 1982.

He married Laura Jones, of Mason City, on April 24, 1993. The couple had one son, Patrick Furleigh.

Jim loved cooking, watching movies with his wife and going on leisurely, scenic drives with his family. He was a huge sports fan. He never missed an opportunity to watch the Minnesota Twins on TV with Patrick, his favorite game day friend. The two also enjoyed many hours watching the Timberwolves, Minnesota Vikings and the Iowa Hawkeyes.
His other love in life was his cats. While he was in the hospital, and later at Hospice, he talked right up to the end about how much he missed his “buddies.”

Jim was preceded in death by his grandmother, Gertrude Fick; his father, John (Jack) Furleigh; his mother Jacqueline (Jackie) Furleigh; and his father-in-law Roland Jones.

To send flowers to the family in memory of James Anthony Furleigh , please visit our flower store.