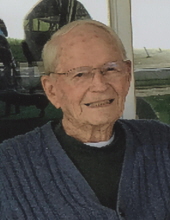 Jack Proscovec, 92, of Mason City, passed away at the MercyOne Medical Center in Mason City on September 2, 2019. A Celebration of Life Gathering will be held on Thursday, September 5, 2019 from 10:30 a.m. to 11:30 a.m., at Major Erickson Funeral Home, 111 North Pennsylvania. A private family graveside will be held. Memorials may be directed to the family of Jack Proscovec.

Jack served in the Navy. He worked for Metropolitan Life Insurance for 32 years. He enjoyed going to Minnesota and Canada fishing with family and friends. Jack was an avid golfer and built golf clubs in his home as a hobby. He was also inducted into the softball hall of fame.

Jack is preceded in death by his father, mother, three sisters, Dorothy, Helen, and Betty; one brother, Charlie; and two sons-in-law, Dave Starr and Jim Snell.

To send flowers to the family in memory of Jack S. Proscovec, please visit our flower store.