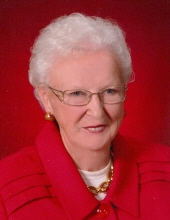 Ila Mae Fenchel, 89, a resident of Mason City, Iowa since 1959, passed away on Monday, October 29, 2018 at the IOOF Home and Community Therapy Center in Mason City, Iowa.

Ila Mae was preceded in death by her parents; her husband of 66 years, Fred; and two brothers; Harold Klink and Leslie “Les” Klink.

Ila Mae was born April 27, 1929, on the family farm in rural Littleport, Iowa, the proud Eastern Iowa farm daughter of LeRoy and Irma (Piehl) Klink. She graduated from Elkader High School and Elkader Junior College. On May 4th, 1952, she married the love of her life, Fred T. Fenchel at Peace Evangelical and Reform Church in Elkader. Fred passed away April 12, 2018.

While Fred was a sales promotion manager for The Quaker Oats Company, they lived in Ft. Dodge, Cedar Rapids, and Omaha, Nebraska, before moving to Mason City in 1959. In 1964, she and Fred established the Fred T. Fenchel Entertainment Agency which continued as a thriving business until their full retirement. She was especially proud of the fact that Fred and the Agency were inducted into the Iowa Rock and Roll Hall of Fame in 2004.

Ila Mae was a member of the Wesley United Methodist Church, former member of the Eastern Star, a bleed black and gold fan of the Iowa Hawkeyes and she made the best potato salad and “Red Cake”. Ila was also honored in October of 2017, along with Fred to be named Grand Marshals for the 2018 North Iowa Band Festival.

There is no doubt that her greatest love of all was her husband and her family. Everything she did centered around them and not herself. She was a loving daughter, sister, wife, mother, grandmother and friend. She truly left an impact on many lives and will be deeply missed, yet the wonderful memories of her legacy will live on forever.

Ila Mae’s family wishes to extend their heartfelt thanks to the IOOF Home, and especially Tanya, for their compassionate and professional care provided to her in her final months before joining Fred.

To send flowers to the family in memory of Ila Mae Fenchel, please visit our flower store.