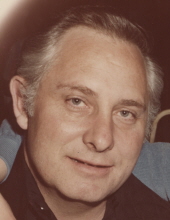 Funeral services will be held at 10:30 AM Thursday, October 10, 2019 at the Trinity Lutheran Church with Rev. Dan Gerrietts officiating. Interment will follow in the Elmwood-St. Joseph Cemetery. Visitation will be held from 5 until 7 PM Wednesday at Major Erickson Funeral Home, 111 North Pennsylvania Ave.

Bud was born on January 7, 1937 in Mason City, the eldest son of John and Alberta Berding. He was raised on a farm in Grafton with 13 siblings. Bud had many fond memories of the family farm and all the fun he had with his brothers and sisters.

Bud was united into marriage to the love of his life, Prudy Young, on February 19, 1975 in Las Vegas, in a quiet wedding at the court house. Twenty-five years later, Bud and Prudy renewed their vows in front of family and friends.

Many may remember Bud as the owner of Gretchen’s Sweets, making the famous caramel corn and delicious candies. Along with family, he and Prudy had many business ventures together, including Plymouth Lounge, Country Crossroads, Lobster House, Highland Park, and a traveling concession stand.

Bud believed in a hard work ethic, a legacy he passed onto his children and grandchildren. Bud was often heard saying, “Why put it off until tomorrow if you could get it done today?” He truly enjoyed working and serving the public.

Although Bud placed an emphasis on a hard day’s work, he also welcomed the opportunity to unwind after a long day. In the evening, you could often find Bud playing cards with his friends at the Elks or dancing to classic country music at the Crossroads. He became a great dancer with all his practicing at the Crossroads. Most recently, Bud could be found relaxing at home with his best companion, Buddy.

Bud was really able to let loose on vacation. He and Prudy cherished the trips they took with family and friends to places like Las Vegas, Mexico, and Germany. The fishing trips to Leech Lake were always a favorite. He made sure that each one of the kids got to go on their own special trip with their dad and Prudy. Bud was a member of the Elks Lodge, serving as Exalted Ruler and was also a member of the Moose and Mason City Chamber of Commerce.
With all of his accomplishments, Bud was most proud of his family; the large household he grew up in and the one he raised. The businesses were a family affair; everyone played an important role. Bud loved working side by side with his wife, his children, his grandkids, and his siblings. He was happy to teach anyone that was willing to learn. To his grandchildren and great grandchildren, Bud was one of a kind; strong, hardworking, supportive, and always loving. He will be missed.

Bud was preceded in death by his parents, brothers, Larry, Roger, and Dale; and sisters, Darlene Adams and Beverly Calicchia.

To send flowers to the family in memory of Herman Berding, Sr., please visit our flower store.