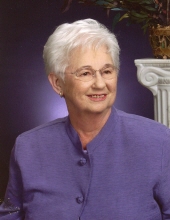 Harriet A. Kenney, 93, of Mason City passed away on Friday, February 28, 2020, at the Good Shepherd Health Center. According to her wishes, cremation has been accorded and entrusted to the care of Major Erickson Funeral Home.

A memorial service will be held at 11 a.m. on Monday, March 16, 2020, to honor Harriet at Major Erickson Funeral Home, 111 N Pennsylvania Ave. with The Rev. Kent Mechler of the Good Shepherd Health Center officiating.

Visitation will take place one hour prior to the service time on Monday.

A private inurnment will be held in Elmwood - St. Joseph Cemetery.

In lieu of flowers the family wishes for memorials to be directed to MercyOne North Iowa Hospice, 232 2nd St. SE.

Harriet was born in Buffalo, Minnesota, to Martin and Ann (Korb) Wittrup. She was raised in Buffalo and graduated from Buffalo High School in 1945. After graduation she attended Augustana College in Sioux Falls, South Dakota.

Harriet met Douglas Kenney in Buffalo, Minnesota where they were united in marriage on March 18, 1948. They traveled together with his employer, AT&T, for several years. In 1958 Harriet and Doug moved to Stuart, Iowa where they lived until moving to Mason City in 1963.
Harriet enjoyed raising her family of three children, Susan, Douglas and Ann. For many years Harriet worked as a paraprofessional at Madison Elementary School. She was devoted to helping the teachers and students at Madison. Harriet worked as a RISE volunteer and was a Girl Scout Neighborhood Chairman and troop leader. Harriet was a member of Wesley United Methodist Church. In her younger years Harriet enjoyed teaching Sunday school and working with her women’s circle. Harriet was blessed with many friends through her family, church and work experiences throughout her life.

Harriet was preceded her in death by her parents, husband Douglas, and siblings James Wittrup and Mary Lange.

To send flowers to the family in memory of Harriet A. Kenney, please visit our flower store.