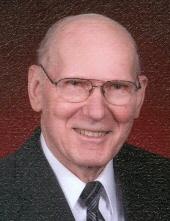 Funeral services will be held at 11:00 AM on Wednesday, September 5, 2018, at Faith Baptist Church, 1807 S. Kentucky, with Rev. Dave Callison and Pastor Tim Moore officiating.

Visitation will be from 4:00 PM - 6:00 PM on Tuesday, September 4, 2018, at Major Erickson Funeral Home, 111 N. Pennsylvania Avenue and continue one hour prior to the church service.

Memorials may be directed to the family of Harold Cone.

Harold was born April 3, 1933, to George Edward Cone and Grace Eula (Garber) of Portis, Kansas. He graduated in 1951 from Warsaw High School, Warsaw, Indiana where he met and married the love of his life, Lura Janet Williams. They were married on July 6, 1952 and celebrated the birth of six children along with 60 years of marriage.

Harold was drafted in 1953 and served as an Army Corporal in the Korean Conflict and was honorably discharged in April of 1955.

He moved to St. Paul Park, MN in 1955 to begin a 33 year career with Remington Rand/Univac/Sperry/Unisys Corporation, serving in several roles until his retirement in 1988 as the Director of Operations, Sperry/Unisys Clear Lake, IA.

Harold enjoyed woodworking, cooking and spending time with family. He was a member of Faith Baptist Church.

He was preceded in death by his parents: Grace and George Cone; his loving wife: Lura Janet Cone in 2013; daughter: Lori Cone; and brothers: Frank, George and Vernon Cone.

Harold will be missed by his children, but we know we shall see him again.

To send flowers to the family in memory of Harold Frederick Cone, please visit our flower store.