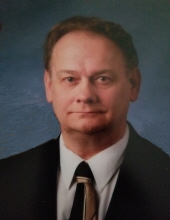 Harold was born on August 28, 1953 in Mason City to Henry and Martha (Sonnichsen) Hansen. He attended Mason City High School; after high school Harold enlisted in the United States Navy serving his country until his honorable discharge in 1976. Harold had the honor of serving on the USS Oklahoma City during the Vietnam War.

To send flowers to the family in memory of Harold E Hansen, please visit our flower store.