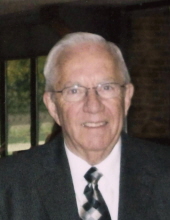 Interment will be at Memorial Park Cemetery.

Visitation will be held one hour prior to service time on Monday.

The family would like to thank the staff of Heritage Care and Rehabilitation Center for their love and care of Harold over the past five years.

To honor his memory, memorials may be made to the family for purchases to enhance Heritage resident’s lives and support Heritage staff in caring for residents. Memorials may also be made to the Alzheimer’s Association, 2530 University Ave Ste 2, Waterloo, IA 50701.


Harold was born March 4, 1930, the first son of Harold “Harry” and Alice (Priebe) Helm. Harold attended school in Mason City graduating from Mason City High School with the Class of 1948. Following graduation he worked for Deckers Packing Plant and joined the Army that summer. He served in the Korean War as an Infantryman and was part of the 1st Battalion, 8th Cavalry Regiment. He was honorably discharged from the Army in December 1951. He returned to work as a livestock buyer in New Hampton, Charles City, Mason City, Clear Lake and Worthington, MN for a total of 42 years of service. While in New Hampton, Harold met Sara Rath Perau and they married December 9, 1961. Harold became stepfather to Sara’s three children, Dawn, Monte and Randy. Harold and Sara had three daughters together, Andrea, Teresa and Lori. The Helm family moved from Charles City to Mason City in 1965.

Harold and Sara enjoyed 39 years of marriage until her death in 2000. Harold was an avid racing fan, a hobby he enjoyed from his teenage years until his early eighties. He was an accomplished bowler winning City tournaments in both Charles City and Mason City. Most of all, Harold loved spending time with his family and friends. He was a friend to young and old alike.

He is preceded in death by his wife Sara, his parents, his brother, Robert Helm, his sister Mary Spina and other relatives.

To send flowers to the family in memory of Harold "Bud" Helm, Jr., please visit our flower store.