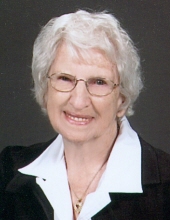 Grace E. Sheldon, 102, of Mason City, IA, died Sunday, June 11, 2017, at the Good Shepherd Health Center. Funeral services will be held at 10:30 AM on Thursday, June 15, 2017, at St. Paul Lutheran Church, 329 E. State Street – Mason City, with Rev. Kent A. Mechler of Good Shepherd Health Center and Rev. Sid Bohls officiating. Graveside services will be held at 2:00 PM on Thursday at the Eldora Cemetery in Eldora, IA. Visitation will be from 5:00 PM – 7:00 PM on Wednesday, June 14, 2017, at Major Erickson Funeral Home, 111 N. Pennsylvania Avenue – Mason City. Memorials may be directed to the Grace Sheldon memorial fund in care of the family.


Grace was born January 15, 1915, in rural Wellsburg, IA, the youngest daughter of Charles and Jennie (Saathoff) Etjen. She was baptized and confirmed into the Christian faith at St. Paul’s Lutheran Church near Wellsburg. On February 5, 1944, Grace was united in marriage to Lawrence Sheldon and moved to the Sheldon home place near Hubbard, IA, where they farmed for 16 years. They were active members of the Zion United Church of Christ in Hubbard. In 1963, they moved to their own farm north of New Providence until they retired from farming in 1974. Lawrence past away on December 25, 1982. In 1983, Grace moved to Eldora.

Grace enjoyed her many hobbies which included gardening, cooking, card making and ceramic painting. She loved spending time with her daughter Mary Lou Norris, son-in-law Keith and grandson Paul. In 1996 she moved to Mason City to be near her family. During this time she made many friends at the Manor, Our Saviour’s Lutheran Church and St Paul Lutheran Church. At age 92, Grace bought and learned to play the organ which she enjoyed doing for nearly a decade.

Left to celebrate Grace's life are her daughter, son-in-law and grandson, all of Mason City and many nieces and nephews. She is also survived by her special Ames family: John and Deb Linch and their children Emily, Jacob & Lydia.

She was preceded in death by her parents, husband, all of her siblings as well as many nephews and nieces.

A special thank you to all the staff at Kentucky Ridge and Good Shepherd for extending the quality of Grace's life and taking care of her as if she was their mother. We appreciate you more than you'll ever know.

Thanks be to our Lord and Savior for Grace's life. She showed us all how to live, love and never die!

To send flowers to the family in memory of Grace E. Sheldon, please visit our flower store.