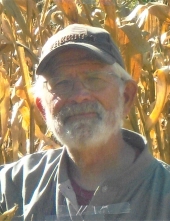 Gordon served as a Corporal in the Army and served in the 1133rd National Guard thereafter. He worked at Holcim for 32 years before retiring. Most people knew Gordon to be a quiet man of integrity.

Gordon married Kathy Elbert in 1973 and had 4 children: Samuel, Daisy, Odessa and Sophia. They divorced.

Gordon married Annabelle Warren in 1981 and had 2 children: Carrie and Tobias. He was also father to Annabelle’s 2 existing children: Katy Mitchell and Cory Palmer. They also divorced.

Gordon’s grandchildren include, but are not limited to, Kristina “Chrissy” Stange, Hendrix Parcel, Carina Vajgert and Geronimo Gonzalez.

Gordon was preceded in death by his parents, Donald and Grace, his daughter Daisy Vajgert, his brothers Donald (George), Gene, Gary and Gary’s wife Fanny.

A private memorial will be held at The Church of Jesus Christ of Latter-Day Saints, 1309 S Kentucky Avenue, Mason City on Saturday, January 22nd at 1p.m.

To send flowers to the family in memory of Gordon Clair Vajgert, please visit our flower store.