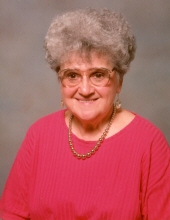 Interment will be in Graceland Cemetery, Albert Lea, MN.

Memorials can be made to the family of Gloria Shaver.

Gloria Shaver. Born Feb. 23, 1920. In ionia, la. To parents Charles and Isla Brown. She had 3 siblings, Julius, Chuck, Virginia. Later they moved to Albert lea, Minn. At the age of 16 she was the first live talent on KATE Radio in Albert lea, name was little Gloria Brown. Later she got married to Byron Carr in 1941, they had 2 girls. Nancy, Deanie. Byron FOUGHT IN WW2 and was killed. Later on she married Merle Shaver they had 3 children , Joe, Carol, Bryan. They moved to California and settle there and Gloria formed a band with Merle and they played country music for many years. After Gloria retired she moved back to lowa . Gloria leaves behind for children Nancy Arndt California , Joe Shaver and Jenny from Mason City Carol Berding and Darrell, Bryan Shaver,Karyn, she has 17 grandchildren and 32 great grandchildren and great great grandchildren. She was preceded in death bye her parents three siblings 1 daughter.

To send flowers to the family in memory of Gloria Shaver, please visit our flower store.