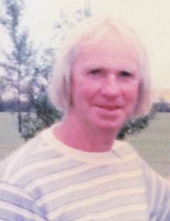 Interment will be held in the Rockwell Cemetery.

Glenn Johnson Jr. was born on December 9, 1941, in Iowa Falls to parents Glenn Sr. and Eleanor (Bjerke) Johnson. He attended Rockwell High School. Afterwards, he began working for Verle Zeidler and did so for many years. As a young lad, Jr. also helped his father with caring for the Rockwell cemetery. Upon his father‘s retirement, Jr. took over as the main caretaker. Along with caring for the cemetery, Jr. also sold monuments. He took great pride in making sure all the minor details were perfect. Not only was he the caretaker of the cemetery, he also cared for his parents as they aged and the individuals that lived at the Century Homes. Jr. was always around to help with daily tasks whether it be shoveling snow, grabbing the mail, or running errands for those that had a hard time leaving the house. Jr. was the definition of a community-oriented man. He was always willing to help his neighbor. Jr. loved his family dearly. On top of that, he loved the people of Rockwell and considered them his family.

To send flowers to the family in memory of Glenn R. Johnson Junior, please visit our flower store.