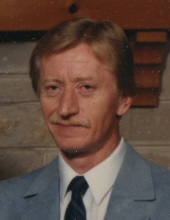 A private graveside service will be held in the Memorial Park Cemetery.

Glenn Daniel Warner was born on March 5, 1942, in Knoxville, Iowa, to parents Rollie and Elizabeth (Dainty) Warner. Glenn and his family moved to Mason City when he was at a young age. Glenn attended Mason City High School and played football for the Mohawks, he graduated in 1960. Following his high school graduation Glenn attended the Mason City Junior College for one year. On July 2, 1961 he was united in marriage to Linda Hvattum at Trinity Lutheran Church in Mason City, between this union the couple had two children. Linda passed away in 1989.

Glenn worked for the United States Postal Service for 30 years retiring in 1998. Glenn was on the board for Government Employees Credit Union for over 20 years, serving in various roles.

In younger years Glenn enjoyed going on yearly fishing trips with his friends and family to various spots throughout the Midwest and Canada. For many years he coached little league baseball and was a member of a softball league. Glenn also enjoyed going to watch stock car races with Linda. In later years Glenn enjoyed taking day trips to the casino with his kids and he was an avid Hawkeye fan.

Glenn is survived by his children, Dori (Scott) Ashburn and Mike Warner and several cousins.
He was preceded in death by his first wife Linda; second wife Mary; parents, Rollie and Elizabeth; sister, Dixie Shaffer.

To send flowers to the family in memory of Glenn Daniel Warner, please visit our flower store.