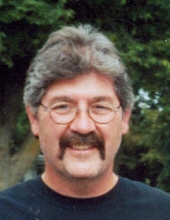 MASON CITY: Gary N Krause, 64, of Mason City, IA, died Sunday, November 26, 2017, at Rochester Methodist Hospital after battling leukemia for 2 years. A memorial service will be held at 10:30 AM on Friday, December 1, 2017, at Major Erickson Funeral Home, 111 North Pennsylvania Ave, with Deaconess Kim Harris officiating. Visitation will take place one hour prior to the service. Memorials can be directed to the Gary Krause memorial fund. The family encourages those who plan on attending the service to dress in casual attire.

Gary Nicholas Krause was born on July 22, 1953, the son of William and Mary (Kaloplastos) Krause. Gary was born and raised in Mason City, graduating from Mason City High School 1971. The same year Gary bought a 1955 Nomad which was his favorite car. After graduating high school Gary went on to get a job as a machinist and continued in this profession for years to come. On December 9, 1977, Gary was united in marriage to Becky Knutson at Trinity Lutheran Church in Mason City.

Those left to cherish the memory of Gary can best describe him for his love for classic cars but most importantly his willingness to help others. Gary loved spending time on the acreage whether it be bailing hay for the horses, taking care of his dogs or working on his classic cars, Gary loved being at home.

Gary was preceded in death by his parents and grandparents.

To send flowers to the family in memory of Gary Nicholas Krause, please visit our flower store.