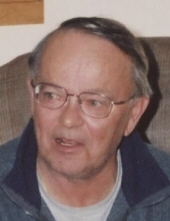 Gary G. Miller, 72, of Rockwell, died on Monday, October 21, 2019, at his home. Per Gary’s wishes there will be no services. Memorials may be directed to the family of Gary Miller.

Gary Gene Miller was born in Austin, Minnesota on May 17, 1947, to parents Donald and Myrtle (Fink) Miller. Gary grew up in Austin and graduated High School in Austin. Following his graduation Gary was drafted into the United States Army and served for 3 years during the Vietnam War. In 1967 he was united in marriage to Terri Beeman and together they had 3 children. For 40 years Gary worked for Cretex starting in Austin then moving to Rockwell eventually working his way up to a management role. Gary enjoyed spending time with his grandchildren camping and teaching them how to fish, for 20 years Gary and his family would spend time camping at Balsam Lake in Wisconsin every year.

He was preceded in death by his parents; brothers: Butch and Bill.

To send flowers to the family in memory of Gary Gene Miller, please visit our flower store.