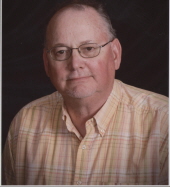 Memorial services will be held at 11 AM Monday, July 15, 2019 at the Grace Evangelical Free Church with the Pastor Scott Davis officiating. Military honors will be conducted by the Mason City Veterans Association. Visitation will be held one hour prior to service time at the church on Monday.

Gary was born May 10, 1950 the son of Don and Mary Jo (Barnes) Briggs in LeMars, Iowa. Gary later graduated from New Hampton High School with the class of 1968. He was inducted into the United States Army on January 19, 1971. On June 19, 1971 Gary was united in marriage to Kathleen A. Ulve in Lake Mills, Iowa. The couple spent 16 months in Frankfurt, Germany while Gary served his country. Gary was honorably discharged on January 9, 1973. The couple traveled to 10 countries and attended the 1972 Summer Olympics in Munich, Germany.

Gary loved the outdoors and enjoyed hunting waterfowl and making trips to Decorah to trout fish. Over the years Kathy and Gary became garage sale specialists whether they were attending or having them. They were always looking for those great buys to bring home. Gary was an avid sports fan and took every opportunity to attend his grandchildren's sporting events. Gary was a tour guide at the Stockman House and a member of Gideon's International.

Gary was preceded in death by his father Don and his wife Kathy.

To send flowers to the family in memory of Gary Dean Briggs, please visit our flower store.