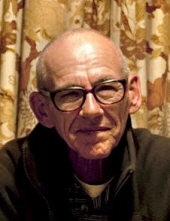 Gary B. Naumann, 76, formerly of Mason City, passed away on August 3rd, 2022 at his home in Excelsior

Springs, MO. A private family inurnment will be held at Hillside Cemetery in Sheffield, IA. Memorials and

cards may be directed to the family or sent to Major Erickson Funeral Home, 111 N. Pennsylvania Ave. in

County. He graduated from Mason City High School and went on to marry Linda Halverson. They

shared a love for horses, country living and to this union five children were born.

Electric. In the late 80s, Gary relocated to Missouri where he started his own business, Gary’s Yard and

Garden Service and worked in the hospitality industry until retirement.

Gary savored the simple pleasures in life. Faith was vital to his daily practice. He adored being in and

movies, and talking with his family and friends on the phone. He prided himself on living a modest life,

deeply valued conservation and was an incredibly humble, gentle soul.

Gary was preceded in death by his parents and infant daughter.

To send flowers to the family in memory of Gary B. Naumann, please visit our flower store.