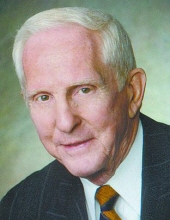 Gary Burl Blodgett was born in Pleasantville (Marion County), Iowa, on Oct. 17, 1937. He graduated in 1955 from Pleasantville High School and then attended Central College in Pella, Iowa for a semester. In early 1956, he traveled to Florida to attend a prospects camp and was offered a contract with a low minor league baseball team affiliate of the St. Louis Cardinals, but chose to return to Iowa. On June 29, 1956, he married the love of his life, Sandra ‘Sandy’ Hodgson. While an undergraduate, Gary was a hurdler on the University of Iowa track team and played trombone in the University’s marching band. Upon completing his undergraduate studies, he entered the University of Iowa Dental School in the Fall of 1958, graduating at the top of his class in 1962.

Blodgett completed his military service after graduating from Dental School as a Colonel in the US Public Health Service and lived in Seattle and El Paso before returning to the University of Iowa to complete his training in Orthodontics. In 1967 he joined the Mason City orthodontic practice of Dr. Lowell T. Oldham and was later joined in that practice by Dr. Tom Johnston and Dr. Judy Demro. Blodgett practiced orthodontics until 1992, when he was elected to the Iowa House of Representatives. During his four terms in the Iowa House of Representatives, he was elected by his peers to be Deputy Majority Leader and chaired several standing committees. He was known as a legislator who got things done and was honest, fair, and willing to work in a bipartisan manner to pass legislation he believed would benefit Iowans. In 2001 he was appointed by President Bush to serve as a Federal Judge with jurisdiction over the Provider Reimbursement Review Board and retired in 2007 to Clear Lake.

Known for his dry sense of humor, Blodgett once told President George W. Bush that he had “served two years in a Texas prison, in the early 1960s.” Pausing for effect as the President was taken aback, Blodgett then explained that those two years represented his service as the general dentist of La Tuna Federal Correctional Facility, in El Paso, Texas.

He was a 66-year member of the Masonic Lodge (#128 – Pleasantville, Iowa) and, for decades, of Mason City’s First Presbyterian Church. He provided generous financial support for many charitable organizations and often gave his time as well. He was elected as president of the Iowa Orthodontic Association in 1971 and, in the 1990s, served as a member of the American Dental Association’s Political Advisory Board. In 2007 he was honored as the University of Iowa Dental School’s Distinguished Alumni of the Year award.

After retiring from public service, his focus shifted almost entirely to his family, and in particular, to his grandchildren, whom he passionately watched participate in hundreds of athletic events, music concerts, birthday parties and graduations.

He is survived by his wife of nearly 65 years, Sandy; son Todd Blodgett of Tyler, Texas; son and daughter-in-law Troy and Brenda Blodgett of Mason, Ohio; daughter, Suzette Blodgett Clark of Norwalk, Iowa; grandchildren, Claire, Brady, and Marshall Clark and Cole, Elizabeth, and Grant Blodgett; and a sister, Sharon Sinnard of Davenport, Iowa. He was preceded in death by his parents Burl and Ethel Blodgett and two sisters. The family requests that any memorials honoring Gary Blodgett be made to the Hawkeye Harvest Food Bank or the Alzheimer’s Association of America, or to a worthwhile cause of importance to them.

To send flowers to the family in memory of Gary B. Blodgett, please visit our flower store.