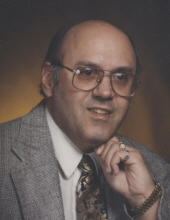 Memorial services will be held at 1:30 PM Sunday, September 8, 2019 at the St. John’s Episcopal Church, 120 1st St. NE, with the Rev. Stephen Benitz officiating. Family will greet friends following the service in the church fellowship hall. A private inurnment service will be held Monday at 11:00 a.m. at Elmwood-St. Joseph Cemetery.

Memorials may be directed to the St. John’s Episcopal Church. Online condolences may be left for the family at www.majorericksonfuneralhome.com

Fred was born on April 4, 1946 to Ray and Florence Whorley in Mason City, Iowa. He graduated from Mason City High School and the University of Iowa with bachelor’s degrees in Business Administration and Psychology. He was then drafted into the United States Army and served his country until he was honorably discharged.

Fred is remembered by many as a talented floral designer in the family-owned business, Kemble’s Flowers, where he worked for many years alongside his father and sister. Later in life, he worked as a CNA at the IOOF Nursing Home.

In 1977, Fred was diagnosed with schizophrenia. Living with and managing his mental illness was a significant part of Fred’s adult life. He was an active advocate for those who struggled with their mental health and spent a lot of time at the former Renew Center in Mason City.
Fred enjoyed a variety of interests throughout his life from studying classical piano to participating in sports of all kind. He was an ardent supporter of the arts. He loved to play the piano and often wrote poems and prayers to share at family holiday gatherings. He enjoyed volunteering at the Community Kitchen and KCMR Radio where he was a volunteer radio host. Fred was also active in his church and the YMCA in earlier years.

Family held a special place in Fred’s life and he was thankful for the love and support of his sister, four nieces, and seven great-nieces and nephews. They were the joy of his life and he spoke about them to others often.

He is survived by his sister, Susan Frelund; his nieces, Michele (John) Ligas, Jeanne (Jim) Cornick, Liz (Jeff) Croston, Molly (Michael) Anderegg. He is also survived by his great nieces and nephews.

He was preceded in death by his parents, a brother, William Whorley; and his brother-in-law, Warren Frelund.

To send flowers to the family in memory of Fredrick R. Whorley, please visit our flower store.