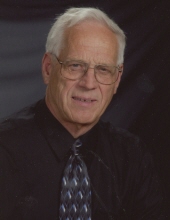 Frank T. Shafer, 81, of Mason City, died on Saturday, May 30, at his home. Memorial services will be held on Thursday, June 4, 2020, at 10:30 A.M. at Major Erickson Funeral Home, 111 North Pennsylvania. Visitation will be held from 4 until 7 P.M. Wednesday, June 3, 2020, at the funeral home. Inurnment will be held in Memorial Park Cemetery at a later date. Memorials may be directed to the family of Frank Shafer.

Frank Thomas Shafer was born on July 19, 1938, in Portland, Iowa to parents Carl and Pearl (Cox) Shafer. Frank and his family later moved to Mason City where he attended grade school and high school. Following high school Frank joined the United States Army in 1957. He served for 8 years and was stationed in Germany and Korea. Frank was united in marriage to Janice Hanson in October of 1962, after their marriage the couple moved to Fort Hood, Texas where Frank finished his military career. After being Honorably Discharged from the Army Frank and Janice moved back to Mason City where he began working for Armour he then took a job with Lehigh Cement as a mechanic who he was with for 28 years.

To send flowers to the family in memory of Frank Thomas Shafer, please visit our flower store.