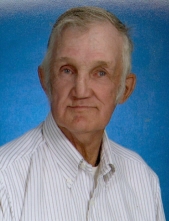 A funeral mass will be held on Tuesday, December 11, 2018, at 10:30 AM at Sacred Heart Catholic Church, 410 N Broadway Street, in Manly with Rev. Neil Manternach officiating. A gathering will take place at 9:00 AM with a rosary service beginning at 10:00 AM. Inurnment will be in Elk Creek Cemetery in Kensett. Memorials can be made out to Sacred Heart Catholic Church.

Francis Oliver Soukup was born on March 27, 1941, in St. Paul, Minnesota to parents Joseph and Alma (Johnson) Soukup. At the age of 6 Francis moved to Lanesboro, Minnesota, in 1959 he graduated from Lanesboro High School and in 1984 Francis moved to Iowa. On August 21,1993 Francis was united in marriage to Gloria Johnson at St. Joseph Catholic Church. Francis worked for Marlin Johnson as a farm hand. He had a passion for hunting especially deer hunting and restoring John Deere Tractors.

Francis was survived by his wife.

He was preceded in death by his parents; and a brother.

To send flowers to the family in memory of Francis Oliver Soukup, please visit our flower store.