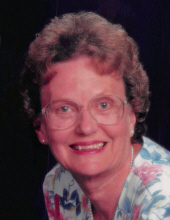 Frances Marie Berneman, the daughter of Sylvester and Theresa (Matz) Decker, was born April 4, 1932 at Detroit Lakes, MN. At an early age she moved with her family to Clear Lake where she graduated from high school in 1950. Frances moved to Washington D.C. and began working for the FBI for a year before returning to Clear Lake and working at Clear Lake Bank and Trust. In 1974, Frances attended NIACC and received her LPN certificate. She worked at various nursing homes in the north Iowa area until her retirement. She enjoyed her family, crafts, playing cards and reading Louis L’Amour and cookbooks.

She was a member of Epiphany Parish St. Joseph Catholic Church in Mason City.

She was preceded in death by her parents; and four sisters, Maxine (Fred) Dean, Shirley (Maynard) Holmgaard, Mary (Don) Thoe and Dorothy Gimelli.

To send flowers to the family in memory of Frances M. Berneman, please visit our flower store.