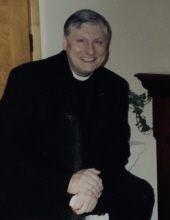 Memorials may be directed to the Disabled American Veterans or to the Paralyzed Veterans Of America.

Richard C. Mirowski was born on May 19, 1948, in Brookline, Massachusetts to parents James and Mary (Nemensky) Mirowski. He joined the United States Marine Corps and attained the rank of Captain before serving in the Vietnam War. He was wounded twice and awarded two purple hearts. After the war, Father Joseph attended the American University of Rome in Italy, the Holy Cross School of Theology in Brookline, Massachusetts, and the University of Chicago. Father Joseph served as priest at St. George Antiochian Orthodox Church in Lawrence, Massachusetts before being transferred to the Holy Transfiguration Greek Orthodox Church in Mason City in 1990. He was an avid reader and loved his books. He also enjoyed watching the Nebraska Cornhuskers, New England Patriots, and the Boston Red Sox. He also had a passion for running and could often be found at Lime Creek.

Left behind are his wife, Linda, and their children, Matthew, Thomas and Nicole; granddaughter Amelia; his sister Jeanne (Michael) Sumner and their children Samantha, Jessica, Elizabeth, Ashley and Ian; grand-nieces, Candice and Gracelynn; grand-nephews Jackson and Declan; sister-in-law Eleanor.

He is preceded in death by his parents, James and Mary Mirowski; sister Kathleen; brothers Charles, Steven, and James;

To send flowers to the family in memory of Father Joseph Mirowski, please visit our flower store.