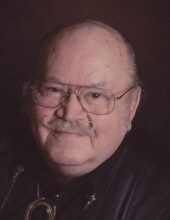 Ervin D. Klouse, 84, of Mason City, died Friday, May 3, 2019 in Mason City due to health issues. A funeral service will be held at 10:00 AM Thursday, May 9, 2019 at the First United Methodist Church, 119 South Georgia. Interment will follow in the Immanuel Lutheran Cemetery, St. Ansgar. Visitation will be held from 5 until 8 PM Wednesday May 8, 2019 at Major Erickson Funeral Home, 111 N. Pennsylvania Ave.

Ervin was born on January 31, 1935 in Toeterville, Iowa. The son of Anton R. and Hazel F. (Hyland) Klouse, he was the youngest of 5 children. He graduated from Rose Creek High School, Rose Creek, Minnesota.

Following graduation in 1953, he enlisted in the US Army. He was discharged 2 years later at Fort Belvore, VA and returned to Austin, MN. He did construction with the family business for a few years before joining the Milwaukee Railroad in 1957. This later became the Soo Railroad. He worked for the Soo Railroad and the Canadian Pacific Railroad. He retired as a conductor after 38.5 years in 1995.

Ervin was a member of First United Methodist Church, the VFW, and American Legion 101 Eagles. He served on the board of director at the Mason City Senior Care Center. He enjoyed woodworking and was a collector of many things!

Erv and Lois enjoyed traveling in their RV with their pets, Buffy and Cassie. He enjoyed turkey and deer hunting. Ervin also liked dancing to polka music and playing the accordion, and attending events at the VFW. He also loved to take casino trips with his friends and gamble. During high school, he was an amateur boxer.

He is preceded in death by his parents, wife, Lois; brothers, Richard, Clifford, and Marvin; and his sister, Delores.

To send flowers to the family in memory of Ervin D. Klouse, please visit our flower store.