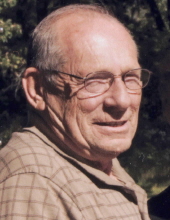 Inurnment will be held in the Rockwell Cemetery at a later date.


Ernest (Ernie) Lee Bills was born October 14, 1939, in rural Hampton to parents Jesse and Myrna (Blakenship) Bills. Ernie attended school in Swaledale and upon graduating he joined the United States Air Force serving as an aircraft mechanic. After serving for 2 years Ernie was Honorably Discharged and he moved to Rockwell where he became an auto mechanic working at a local shop. He then moved to Mason City where he worked as an auto technician for the Oldsmobile dealerships for 35 years. The last 10 years of his career he worked at Lake Chevrolet in Clear Lake. Ernie attained the General Motors Master Technician Designation. He retired after his 45-year career in 2005.

Ernie and Jean Campbell Bills were married October 28, 1961, at the First Congregational Church in Rockwell, Iowa. They celebrated their 57th anniversary in 2018.

Ernie was a big fan of classic car shows and enjoyed fishing and boating. On numerous occasions Ernie and his wife Jean would travel and would winter in the Rio Grande Valley of Texas on a regular basis. Ernie loved his family and enjoyed spending time with his children and grandchildren. He enjoyed visiting the Surf to listen to 50’s music. Classic Country and country gospel music were also among his favorites. Ernie was always up for using his handyman skills to help others.

Ernie was a long-time member of First United Methodist Church serving on various committees, projects and activities. He was also committee chairman for Cub Scouts Pack 12 in Mason City. Helping the scouts build pinewood derby cars was his favorite activity.

He was proceeded in death by his parents; siblings: Elaine Evans and Linda Folkerts as well as his mother and father-in-law, Mary and Roger Campbell.

To send flowers to the family in memory of Ernest Lee Bills, please visit our flower store.