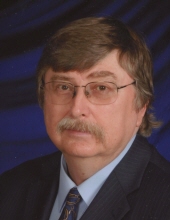 Emory “Em” S. Anderson, 71, of Mason City, passed on Tuesday, August 31, 2021 at the Muse-Norris Hospice Inpatient Unit. Funeral Mass will be held at 10 AM, Saturday, September 4, 2021 at Epiphany Parish Holy Family Catholic Church with Rev. Neil Manternach officiating. Masks must be worn by all at church. Inurnment will follow in the Elmwood-St. Joseph Cemetery with military honors conducted by the Mason City Veterans Association. Visitation will be held from 5 until 7 PM Friday, September 3, 2021 at the Major Erickson Funeral Home, 111 North Pennsylvania Ave.

Emory was born November 26, 1949 the son of Emory and Virginia (Sazanovich) Anderson in Mason City, IA. He graduated from Mason City High School in 1968 and attended NIACC for a year and a half.

Emory worked various construction jobs before enlisting in the United States Army in 1973. He served his country until his honorable discharge in 1976. Shortly following his return to Mason City from the service he began his career with the United States Post Office as a clerk. He dedicated over 30 years to the Postal Service retiring in November of 2009.

On June 2, 1973 Emory was united in marriage to Teresa Pappas. They were blessed with two daughters.

Em was a sports enthusiast. He loved watching all types of sports. He enjoyed collecting coins, trees and gardening, and appreciated the beauty of tropical fish. But his real passion was the cars that he collected especially his 1949 Buick Sedanette.

Those thankful for having shared in Emory's life include his wife, Teresa; daughters, Allissa (Eric) Percifield and Ashley (Lee) Schallock.

Emory was preceded in death by his parents.

To send flowers to the family in memory of Emory S. Anderson, please visit our flower store.