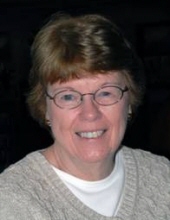 She married Gary Fisher in 1956 at Clarion, Iowa. They had three children, Eugene Wayne, Michael John, and Suzanne Darlene.

Eleanor married Wesley R. Fiala on July 1, 1983 at their acreage near Mason City, Iowa. They took a honeymoon trip on their Honda Goldwing to Canada, and after that traveled each summer on the Goldwing throughout the United States and Canada. Their longest trip was for 9000 miles and five weeks to Alaska. Many international trips were taken over the years, including Russia, Singapore, Hawaii, the UK, Switzerland, Belgium, Germany, and France.

Following her retirement in 2001 from the Social Security Administration, Eleanor volunteered at Hoover Elementary School in Mason City and worked with elementary students helping them increase their math and reading skills until 2014. She very much enjoyed working with the Hoover students and staff. In 2016 Elly served as an RSVP Reading Program volunteer at the West Fork Elementary School in Rockwell, Iowa.

Eleanor was a member of the board of directors of the Government Employees Credit Union for 16 years, chaired the audit committee for nine years, and then served for four years as board chairman. She played a prominent role in the organization and development of the CENT Credit Union.

A sports enthusiast, she was a faithful fan of the Iowa Hawkeyes, the Minnesota Vikings, the Minnesota Twins, and later the Iowa State Cyclones. A jazz music fan, she enthusiastically supported her nephew Keith Fiala in his professional career as a jazz trumpet musician.

Eleanor was preceded in death by her parents and step-father.

To send flowers to the family in memory of Eleanor "Elly" D. Fiala, please visit our flower store.