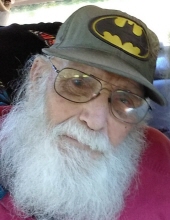 Per Edwin’s wishes, he was cremated. No services will be held at this time.

Memorials may be directed to the family of Edwin Rhodes.

Edwin Harvey Rhodes was born on October 1, 1932 to parents Harvey and Anne (Cygan) Rhodes in Eagle Bend, Minnesota. Edwin was raised in Eagle Bend and graduated from Eagle Bend High School. Shortly after graduation, Edwin enlisted in the United States Army, and he served during the Korean Conflict. After Edwin returned home, he was united into marriage to Donna Lou Johnson in 1956 in Eagle Bend. To this union, the couple was blessed with 5 children.

Edwin was employed at Armor’s for over 40 years as a Laborer until his retirement. He loved hunting, fishing, and spending time with his family and friends. Edwin was an amazing father, brother, husband, and friend and he will be greatly missed by the many that knew him and loved him.

Edwin was preceded in death by his wife, Donna; sons, Jim and Randy Rhodes, parents, and nine brothers and sisters.

To send flowers to the family in memory of Edwin H. Rhodes, please visit our flower store.