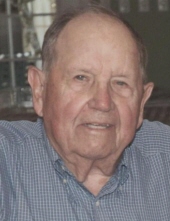 Funeral services will be held 10:30 A.M., Tuesday, May 28, 2019 at Major Erickson Funeral Home, 111 N. Pennsylvania Ave., in Mason City with Rev. Ron Stein officiating. Burial will be at Elmwood-St. Joseph Cemetery in Mason City with military rites by the Mason City Honor Guard.

Visitation will be held one hour prior to services at the funeral home.

Memorials may be directed to MercyOne Hospice of North Iowa.

Ed Roth, the son of Frank and Pearl (Fair) Roth, was born September 24, 1921 in New Martinsville, West Virginia. He moved with his family to Cambridge, Ohio in 1925 where he graduated from high school in 1939. Ed joined the U.S. Navy after Pearl Harbor in 1942 as a Naval Aviation Cadet. He graduated from Pensacola, Florida Naval Air Station. On December 5, 1943, he married Irene Williams in Cambridge, Ohio. They were married for 73 wonderful years. Ed flew out of England hunting German submarines in the Bay of Biscay west of France. He flew 33 combat missions after flying in the invasion of France. Ed completed his service in French Morocco, Africa as an engine bomber pilot and instructor. Ed and Irene moved to Clear Lake in 1967. He enjoyed wintering in Florida, fishing, gardening and woodworking.

To send flowers to the family in memory of Ed Roth, please visit our flower store.