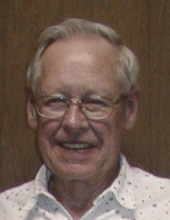 A gathering of friends and family will be held Monday May 6, 2019 from 5 until 7 PM at the Major Erickson Funeral Home, 111 North Pennsylvania Ave., in Mason City.

Duane was born September 30, 1929 the son of William and Mabel (Veeder) Collins in Belmond, Iowa. Following high school, Duane enlisted in the United States Army on February 5, 1951 serving his country until his honorable discharge on March 14, 1957. Duane was united in marriage to Joan Harthan in Thornton, Iowa. To this union four children were born. Duane was employed for many years as a Heavy Equipment Operator for McKiness Excavating. He looked forward to playing in Cribbage tournaments, playing Bingo and making trips to the casino.

To send flowers to the family in memory of Duane Collins, please visit our flower store.