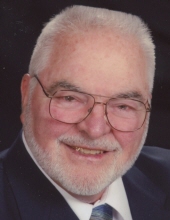 Funeral services will be private.

Interment will be held in the Northwood Sunset Rest Cemetery.

Carl Alvin Shurtz was born in Pontiac, Michigan on July 25, 1939, to parents Sidney and Elva (Pedrin) Shurtz. Carl attended school at Hudson Covert School in Pontiac, then at the Millington Michigan School System. He received is A.A. degree from Flint Community College then obtaining his B.A. degree from the Flint Branch of the University of Michigan. Carl then attended the University of Michigan Medical School – Ann Arbor earning his M.D. degree. Carl completed his rotating internship at the Blodgett Hospital in Grand Rapids. Through the Navy Carl joined the United States Public Health Service in New Orleans. Following his time in New Orleans Carl completed his Radiology Residency at the University of Missouri. He would then move to Coldwater, Michigan, he was the Secretary of Medical Staff at the Branch County Hospital. Following his time in Coldwater Carl would make the move to Mason City to practice with Radiologist of North Iowa and did so until his retirement. During this time Carl was the Director of school for Radiologic Technologist for several years, he also established the Ultrasound Practice at Mercy Hospital, all while practicing Diagnostic Radiology and Radiation Therapy with Dr. Broghammer and Dr. Wilmarth.

Carl was a member of the Building and Planning Committee for Grace Evangelical Free Church. Carl was an avid hunter into his 70’s. he hunted in several states and Canada with his sons, Eric and John. Together with his sons and his brother and brother-in-law they all packed up the mountain on horses and hunted elk in Colorado. Another trip found Carl flying to Newfoundland with his brother, Charles, and his brother-in-law Bob to hunt for moose. It was another successful hunt.

He was preceded in death by his parents: Sidney and Elva Shurtz; in-laws: Clayton (Edna) Mills, Judith Shurtz; nephew: David Shurtz; many aunts, uncles and cousins.

To send flowers to the family in memory of Dr. Carl Alvin Shurtz, please visit our flower store.