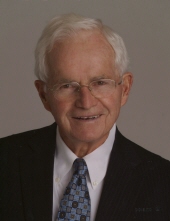 Interment will be held in the Mt. Calvary Cemetery.

In lieu of flowers, donations may be made to Mount Mercy University c/o Marilyn Broghammer Scholarship Fund or to St. Patrick’s Catholic Church.

Ben was born in Cedar Rapids, IA on January 20, 1933 to Dr. Benjamin G. and Lucille (Murphy) Broghammer. Ben’s father died in 1947 and his mother raised Ben and his five younger siblings. Ben graduated from Campion High School in Prairie du Chien, WI in 1951. He then attended St. Louis University and graduated from St. Louis University Medical School in 1958. While at SLU, he met and courted Marilyn Muscat, a nursing student from Mobile, AL. They were married on November 29, 1958.
Following medical school, Ben moved to Iowa City for a radiology residency at the University of Iowa. During an eventful first year of residency, he married Marilyn and was then drafted and commissioned as a Captain in the U.S. Army stationed at Fort Hood, TX. Following a two year stint in the Army, Ben and Marilyn (with their first child) returned to Iowa City where Ben finished his medical residency. In 1963, Ben and Marilyn (then with three children and another on the way) moved to South Bend, IN where Ben joined a radiology practice group.
After a few years in South Bend, Ben and Marilyn (then with five children) moved to Mason City, IA. Ben joined Radiologists of North Iowa, where he practiced for nearly 30 years. He was a dedicated physician who demanded excellence from himself and his colleagues and staff - some of whom bestowed upon him the slightly ironic nickname of “Gentle Ben.” Among other things, he spearheaded purchases of the first CTs and MRIs used in northern Iowa.
Ben, Marilyn, and their family (eight children in all) spent their summers on Clear Lake. Ben enjoyed pheasant hunting, fishing, sailing, snow skiing, and golfing. Following his retirement in 1994, Ben and Marilyn made their permanent home on Clear Lake and they were able to take several overseas trips together.
Marilyn passed away in January of 2016 and Ben suffered her loss greatly. Known as “Papa” to his grandchildren, he was a generous husband, father, grandfather, and great-grandfather. He believed in the value of education, family, and hard work, which he instilled in each of his children. Ben was a devout Catholic and was a longtime member of St. Joseph’s Catholic Church in Mason City and of St. Patrick’s Catholic Church in Clear Lake. He was active in numerous social and civic organizations including being a member and past Commodore of the Clear Lake Yacht Club, being a former member of the St. Joseph’s parish council and serving on several other boards of directors.
Ben was preceded in death by his wife Marilyn, his granddaughter Michon Runyon, his parents, his sister Mary Lou (Roger) Hanson, and his brothers Neil, Mark, and Bob Broghammer. He is survived by his children: Margaret (Devon) Runyon of Council Bluffs, Dr. Ben (Kathy) Broghammer of Mequon, WI, Sharon (Andy) Miller of Des Moines, Tim (Laurie) Broghammer of Solon, Chris (Scott) Long of Des Moines, Dr. Matt (Dr. Laurie) Broghammer of Winona, MN, Greg (Kellie) Broghammer of Sheboygan, WI, and Dr. Liz (Dr. Mike) Takacs of Iowa City, as well as eighteen grandchildren and one great-grandchild. In addition, he is survived by his brother Frank (Paula) Broghammer of Howard Lake, MN, and a multitude of nieces, nephews, and cousins.

To send flowers to the family in memory of Dr. Benjamin J. Broghammer, please visit our flower store.