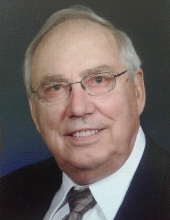 Donald William Schultz, 81, of Kingsport TN, passed away in his sleep the morning of Monday, June 18th, after an amazingly rich life and a hard fought five year battle with cancer. Lorilla, the love of his life and wife of 55 years, was at his bedside. Don was born in 1937 in Meltonville, Iowa, with humble beginnings as a poor farm boy, living on various farms in northern Iowa. He attended junior high and high school in Mason City Iowa, where he met Lorilla May Spurgeon and fell in love. Despite the austere conditions in the 1940s, his strong mother (Katherine), his Aunt Emma and Uncle Fred, and his close brothers and sisters provided the love and support needed to grow and instill in him the tenacity and work ethic to eventually prosper. He graduated in 1955, joined the U.S. Air Force a year later, was certified as an Air Traffic Controller, and had training and assignments in California, Mississippi, and Morocco in North Africa. In 1960 he joined the Federal Aviation Administration (FAA), rising quickly through the ranks from controller, to supervisor, and eventually to GM-15 manager.

During his 34 year FAA career, Don, Lorilla, and son Greg moved often, living in five different states and assignments in ten control towers/radar facilities. For several years during his FAA assignment in Albany NY in the early 1980s, Don also flew helicopters part time for the Army National Guard. After retiring from the FAA at Burbank tower in 1993, he and Lorilla both worked for a major construction company in Simi Valley CA, she as an administrative assistant, and he as the corporate pilot, flying executives up and down the California coast for several years.

Don and Lorilla were adventurers and travelers, living in fifteen different houses during their long and wonderful marriage. They flew their small planes around the country, rode their motorcycles through the mountains, and navigated the waters in their boats. For 7 years after their true retirement, they lived in their RVs and toured the entire continental US, Alaska, much of Canada, including Nova Scotia. They spent many of their 60s and 70s RV camping for the summer in Virginia to be near their son and his family. Having lived here in Kingsport for 12 years, he has been blessed to finish his journey with the many friends he leaves behind. From the air and the water, he has enjoyed the beautiful mountains, the clear blue skies, and the endless crystal lakes.

Many special thanks to the doctors, surgeons, nurses, and hospice care workers who aided him through his long battle with pancreatic cancer.

He was preceded in death by his mother Katherine, sister Shirley, brothers Harold and James, and grandson David.

A memorial gathering will be held at Hamlett-Dobson Funeral home in Kingsport on Saturday, June 30th from 3-5pm. There will be a memorial gathering of family and friends at 10 am on Saturday, August 11th at Major Erickson Funeral Home, 111 N. Pennsylvania Avenue, Mason City, IA, followed by a burial in the soil of Iowa at Memorial Park Cemetery at 11 am, with Pastor Jeni Bohls of St. James Lutheran Church officiating.

Don will be remembered always by his many friends and his large family all across the country as an incredibly strong, intelligent, kind, and loving man...with a sense of humor matched by few.

To send flowers to the family in memory of Donald W. Schultz, please visit our flower store.