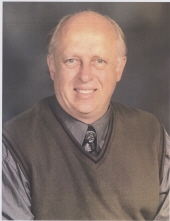 Memorials can be made out to the family of Donald Krutsinger.

Donald Starr Krutsinger was born on September 29, 1950 in Mason City, IA to parents C. Howard and Evelyn Krutsinger. He was the youngest of five children. Donald grew up in Mason City and graduated from Mason City High School in 1969. Following graduation, he was united in marriage to Connie Reckner, they later divorced. Together they had three children, Angela, Alisa, and John. Donald graduated from North Park College and Seminary in Chicago, Illinois. In 1981, they moved to Topeka, KS. He later completed his bachelor’s degree in Social Work from Washburn University in Topeka, KS. For the majority of his career, Donald worked for group homes serving the developmentally disabled, including TARC in Topeka, KS, and REM in St. Paul, MN. Donald dedicated his life to serving God and helping others.

Upon retirement, Donald enlisted in the Peace Corps, and served proudly for two years in Armenia. Following his Peace Corps mission, Donald pursued a life-long dream to serve and work as a missionary. He volunteered for Youth With a Mission (YWAM.) With YWAM, he served on a medical mission ship travelling to Australia, Papua New Guinea, and New Zealand. Following this, he returned to the area he served during his time in the Peace Corps, settling to serve with YWAM in the republic of Georgia. While there, he participated in ministry activities, developed programs for youth with the church, helped teach English to schoolchildren, and founded the Batumi English Christian Fellowship.

In his free time, Donald enjoyed travelling, camping, photography, and genealogy. He extensively researched the Krutsinger Family Tree and developed a Facebook page to connect all family with Krutsinger heritage. He enjoyed a trip to research the Krutsinger lineage in Germany. Donald prided himself as photographer, documenting his mission work through a blog and Facebook page. He enjoyed trips to Topeka, KS, Chicago, Ill, and Mason City to connect with former coworkers, classmates, friends and family. He never met a stranger, taking interest in others, and finding connections. He loved playing the guitar and singing. He was proud that music and singing was of great importance to many in his family.

Donald is survived by his children, Angela (Brett) Magdziak of Kansas City, MO, Alisa (Bryonie) Gipson of Kansas City, KS, and John Krutsinger of Lawrence, KS; grandchildren Lindsey and Matthew Magdziak, along with many four-legged grandbabies.

He is also survived by sister Alberta Loveless, and brothers Richard (Shirley) Krutsinger and Gail Krutsinger, and step-sister Julie (Al) Gooding, and many nieces and nephews.

To send flowers to the family in memory of Donald Starr Krutsinger, please visit our flower store.