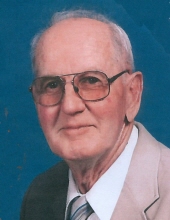 Donald Edwin Siefken, 90, passed away peacefully with his family at his side on November 6th, 2017. Don was a devoted family man, dedicated educator and coach, and caring friend. A service to celebrate his life will be at 1:00 PM on Saturday, November 11th at Trinity Lutheran Church in Mason City, Iowa, with Pastor Kathy Graves officiating. Military honors will be conducted by the Mason City Veterans Association.

Don was born in Morrison, Illinois on May 8th, 1927. Don was the fourth of five boys born into the family of John and Pearl Siefken. Don loved and excelled in athletics throughout his life. He was a high school standout in basketball, track, and football, being named to the Illinois All-State Basketball team, and inducted into Morrison Athletic Hall of Fame.

Don attended Drake University where he had an exceptional athlete career. Don lettered in 4 varsity sports, an unprecedented accomplishment. His varsity letters were in basketball, track, football, and golf. His sporting highlights included playing in Madison Square Garden and the Drake Relays.

Don joined the army in 1946, believing it his duty to serve. While in the military, Don was named to the All Army Basketball team. Following military service, Don continued his Drake athletics and scholastics, and graduated with a Bachelor of Science Degree.

While at Drake, Don met the love of his life, Inez Miller, and they were united in marriage on June 24th, 1950 at Peace Lutheran Church in Rock Valley, Iowa. They lived in Postville, Iowa where Don taught and coached and Inez substituted. In 1957, they moved to Clear Lake where Don taught and coached basketball and track and Inez tutored. In 1961, they moved to Mason City where Inez taught reading and Don taught science, drivers education, coached track and cross-country, and led the MCHS FCA chapter. Don also earned his Master’s Degree from Drake.

Don and Inez were blessed with two children; Lydia and Benjamin. Don loved playing golf with Lydia at the Iowa Father-Daughter Golf Tournament and playing basketball and racquetball with Ben at the YMCA. Don and Inez had great love for their four granddaughters and enjoyed trips to Minnesota and Missouri to visit and attend sporting events.

An excellent golfer, Don played in many tournaments, with his favorite being Husband-Wife Golf tournaments with Inez. For 20+ years, they played in tournaments every summer, winning numerous times and enjoying time with special friends.

Don enjoyed road trips and took his family on many ‘See America’ adventures. After Don retired from teaching, he traveled the U.S. delivering motor homes with Inez accompanying him on many cross-country deliveries, including Alaska.

In recent years, in addition to spending time with his family, Don enjoyed the comradery of friends at morning coffee and the Senior Center, where he liked played cribbage, eating lunches, and attending dances. Trinity Lutheran Church and Sunday services continued to be important to Don. At home, Don enjoyed his projects and relaxing with Ivy, his faithful canine companion.

Don was a special person with a kind soul, strong intellect and wonderful life perspective. He was known for his quick wit, easy laugh, and storytelling. Most of all, Don was known for treating others with kindness and respect. As one of his nephews wrote “I know of no man who I admired more than Don. He was the ideal father, caring and loving husband, and gentleman nonpareil. I cherish his influence, character, and contributions to our country, communities, and families.”

To send flowers to the family in memory of Donald Siefken, please visit our flower store.