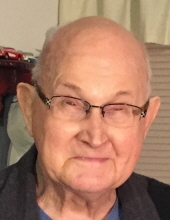 Donald L. Sims, 87, of Mason City, died Thursday, February 8, 2018 at Mercy Medical Center-North Iowa. Funeral services will be held at 10 AM Wednesday, February 14, 2018 at the Major Erickson Funeral Home, 111 North Pennsylvania Ave, with the Rev. Kathleen Moore of First United Methodist Church officiating. Interment will follow in the Elmwood-St. Joseph Cemetery. Visitation will be held from 4 until 6 PM Tuesday at the funeral home. Memorials may be directed to the family.

Don was born September 4, 1930 the son of John H. and Elizabeth Maude (Cook) Sims in Mason City, Iowa. Don was raised in Sheffield, as a young boy he started working to help the family. He lost his father at the age of 4 due to pneumonia. They both were fighting the illness at the same time. Don later graduated from Sheffield High School he went on to continue his education at Boone Jr. College with an Arts degree then on to State College of Iowa with a BA and finished with a Masters degree in Education from Iowa State University. Don also served his country in the United States Air Force.

On September 14, 1952 Don was united in marriage to Dolores A. Brown in Ames, Iowa. To this union four children were born.

Don taught Industrial Arts, Woodworking, Mechanical Drawing and Architectural Design at MCHS for 31 years retiring in 1989. He enjoyed retirement with his wife of 50 years Dolores. He was a member of Phi Delta Kappa, served on the Board of IIEA, Board of NEA, Board of ISEA and President of MCEA.

Don and Dolores enjoyed golfing and going camping together. Don was a family man and looked forward to spending time at the KOA in Minnesota. His family was everything to him. He loved woodworking projects, going for cruises in his Cadillac and making trips to the casino.

Don was preceded in death by his parents, wife Dolores, twin sisters, Bea and Betty; sister in law, Harriett; brothers in law, LaVerne, Clarence, Burt and Wayne; and a nephew, David.
The family would like to thank all those who helped in the care of Don, the staff of Mercy Hospital, ER, MCFD EMT’s, especially Lark Trygstad, ARNP, and the staff of Homestead Assisted Living where he currently resided.

To send flowers to the family in memory of Donald L. Sims, please visit our flower store.