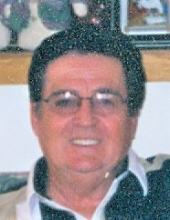 Donald D. Roberts, of Mason City, Iowa took the hand of Jesus and went home to Heaven on June 4, 2018 at the Muse Norris Hospice Inpatient Unit surrounded by his loving family following a 7 year battle with liver cancer. A gathering of friends and family will be held on Friday, June 8, 2018 at the Major Erickson Funeral Home from 4 until 7 PM. A private inurnment will be held at Elmwood-St. Joseph Cemetery, Mason City, with his family for both Don and his wife, Virginia at a later date. Memorials may be directed to Hospice of North Iowa and St. James Lutheran Church.

Don was born December 1, 1937 the son of DeWitt and Alice (Imlay) Roberts in Hampton, Iowa. Don grew up in Hampton and was especially close to his grandmother, Lottie Imlay. He enlisted in the United States Air Force after high school and was proud of having served his country. When Don was discharged from the service he returned to Hampton and worked in construction where he helped to build 20 homes. Don sold insurance as an agent for American Republic but, found his true calling as he worked his way up off the line at Winnebago Industries to become manager of their Custom and Design Department where everyone knew him as “Doc”, retiring after 30 years.

Don was united in marriage to Virginia Cooper on November 22, 1972 at St. Paul Lutheran Church in Mason City, Iowa. They shared 42 years together. Later Don and Virginia joined St. James Lutheran Church in Mason City, Iowa. Don bought a travel trailer so his family could be together traveling on vacations to South Dakota, Wisconsin Dells, WI, Waterville, MN, Lake Pepin, MN to name a few. Then later to Prairie Du Chen, WI where he parked the trailer that was later replaced with a mobile home for the family get away. Don was the heart of his family. He taught his “Boys” Lisa and Rene about respect and integrity, but most of all what it takes for a father to love his family. As empty nesters, Don and Virginia took many fun trips together across the U.S. in Winnebago motor homes to the Grand Canyon, Myrtle Beach, SC, Branson, MO, Florida and Texas. They wintered as snow birds in South Padre, TX following their retirement.

Don built a beautiful home for Virginia on Clear Lake at Bell Harbor. They both loved having their family and friends come and stay for boating, tubing, fishing, swimming and the great campfires at the end of the night. He taught all his grandchildren how to fish and drive his boat.

Don enjoyed fishing and boating in the summer; deer hunting; watching the Iowa Hawkeyes football and basketball games; NASCAR racing with his favorite racers, Dale Earnhardt Sr. and Jr. (Little E) then later Kyle Busch (Rowdy) as well as watching a good western show. Don enjoyed going to Diamond Jo for supper with Rene and Dave then gambling for a night out. He attended and supported his families sporting and musical events as they were growing up.

Don always thought of his family first and was willing to lend a hand when needed. When his grandson, Travis, asked for help building an information kiosk and 2 park benches at Linn Grove Park in Rockwell, Iowa as part of his Eagle Scout project Don was there to help. Don helped his son-in-law, Curt Lawson, replace a floor in a grain bin a few weeks during a summer; replaced beams in the old farm house basement and re-insulate an entryway to name a few. He always had good advice when asked and his recommendation was important to his family.

He is preceded in death by his wife, Virginia in 2014, his parents, grandparents, mother and father-in-law.

To send flowers to the family in memory of Donald D. Roberts, please visit our flower store.