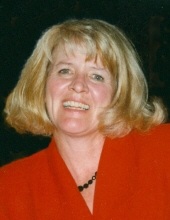 Memorial services will be held at 10:30 AM on Monday, February 26, 2018, at the First Presbyterian Church, 100 S. Pierce Street, with Rev. Paul Collier officiating.

Inurnment will take place at the Rock Grove Cemetery in Nora Springs at a later date.

Diane was born March 4, 1949, in Oskaloosa, IA, the daughter of Donald Kenneth and Donna Lorraine (Dady) DePrenger. She went to school in Vinton, Iowa, graduated from Mason City High School in 1967, and continued her education at NIACC. On, December 28, 1969, she was united in marriage to Michael John Smith at the First Presbyterian Church in Mason City. Immediately after getting married, Annie moved with Mike to West Germany where Mike was stationed, Kelly was born and where they lived for 2 years. They returned to the US and lived in the Twin Cities where Brandy joined the family. By 1975, when Stacy was born, the family had moved to a permanent home in Nora Springs. In the 1970s and 80s, Annie was a stay-at-home mom. She kept very busy with volunteer work in the community, being a Girl Scout leader, managing the swimming pool and teaching swim lessons. In 1989, she began a career working for the North Iowa Girl Scout Council as the Program Director until her retirement in 2006. Following retirement, she worked for Destination Travel. Annie enjoyed spending time with her family - from weekly family dinners to "Prince and Princess of a Day" to traveling with the girls. Her hobbies included travel, reading, crafts, and home-improvement projects. Annie was an EMT, PEO member and served as a member of the Nora Springs School Board.

She was preceded in death by husband, Mike in 2009, her father, Don, in 1995, mother- and father-in-law, John and Doris Smith, and one brother-in-law.

Memorials may be directed to the family of Diane Smith.

To send flowers to the family in memory of Diane (Annie) Smith, please visit our flower store.