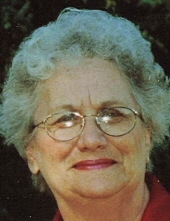 Diana Lee Kral, 79, of Mason City, IA passed away Wednesday, December 29, 2021 at the IOOF Home in Mason City. Funeral services will be held 11 AM Wednesday January 5, 2022 at the Major Erickson Funeral Home, 111 North Pennsylvania Ave, with Pastor Curt Gallmeyer officiating. Interment will follow in the Elmwood-St. Joseph Cemetery. Visitation will be held Tuesday January 4, 2022 from 4 until 6 PM at the funeral home.


Diana, the daughter of Rose and William “Bill” Paulsen was born on April 27, 1942. She attended Mason City Public Schools where she met her life-long friend Karen Meacham (Lair). While the two girls were out “Scooping the Loop” Diana met a young man from Rockwell named Clarence Kral. Clarence and Diana dated and were married in 1960. Together they were blessed with four sons; Kevin, 1961; Kirk 1963; Christian 1966; and Kai in 1968. Diana loved her family and would have “Come to Jesus Meetings” with any family member who got out of line. She cherished her time with her children and grandchildren more than anything in the world. One of her favorite hobbies was to collect cookbooks of delicious recipes.

She is preceded in death by her Parents Rose and William, Sibling Sondra, her beloved Husband Clarence and Son Kirk.

To send flowers to the family in memory of Diana L. Kral, please visit our flower store.