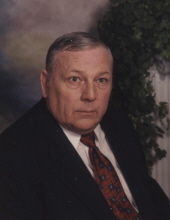 Dennis L. Wasicek, 75, of Mason City, died Wednesday, May 1, 2019 at MercyOne Hospice North Iowa Inpatient Unit. Funeral Mass will be held at 10:30 AM Tuesday, May 7, 2019 at the Epiphany Parish-St. Joseph Catholic Church with the Rev. Neil Manternach officiating. Inurnment will follow in the Bohemian Cemetery, Plymouth. Visitation will be held from 5 until 7 PM Monday May 6, 2019 with a vigil service at 7 at the Major Erickson Funeral Home, 111 N. Pennsylvania Ave.

Dennis was born on April 16, 1944 to Fred and Laurine (Barney) Wasicek in Mason City, Iowa. He was the oldest child of three and grew up in the Highland area of the city. He graduated from Mason City High School in 1962.

He worked for Mason City Glass and White Tractor prior to joining the Mason City Police Department in 1971 where he served as patrol officer and Sgt. of Records. He retired in 1991 due to Rheumatoid Arthritis.

He married Margery Ramker on February 3, 1968. Later, David and Christine joined the family unit. The family was struck with tragedy on July 10, 1985 when “Dave” was taken from the family as a result of a bike accident. Dennis was the “rock” for “his girls”. The family enjoyed annual vacations fishing in Northern Minnesota.

During his life time, he enjoyed fishing, hunting, cars, motorcycles, golf, playing cards, and watching sports. He never outgrew being a “hustler”. He enjoyed beating the odds at card table in his later years.

Throughout his life, he was his own person. There was only one “Wass”. His spoken name either aroused a shake of the head or a big smile.

Dennis was preceded in death by his parents, Fred and Laurine (Barney) Wasicek; son, David Wasicek; and brother, Donald Wasicek.

To send flowers to the family in memory of Dennis L. Wasicek, please visit our flower store.